A vector bundle is a morphism that looks locally on the target like a product of the target with a vector space.

We will call the target space the and the space of definition the . The preimage of a point of the base is called the .

Is that the correct mathematical definition? It doesn't mention what kind of spaces we look at, what kind of morphism I'm talking about, what the product is, locally in which sense, vector space over which field, do we allow infinite dimension, ... so it's not a mathematical definition in the pedantic sense. I will give you pedantic definitions in this article, just to satisfy my need to write down what I consider to be a good terminology.

Some concepts related to vector bundles

There are some notions close to vector spaces that I want to discuss as well: complex vector bundles, holomorphic vector bundles, fiber bundles, G-bundles and Hurewicz fibrations on the one side, locally free sheaves, quasi-coherent sheaves, sheaves of abelian groups on the other side.
I'll give you quick definitions in the non-rigorous spirit of the first definition above:

A good definition is ...

Before I talk about transition functions, I want to discuss some aspects of a good mathematical definition (of course there are exceptions):

A bad definition of vector bundles

A bad definition of vector bundles would look like that:

together with a cover

is called vector bundle if

. A morphism of vector bundles from

is a commutative diagram with

in it, such that the map

, when restricted to any fiber, is a linear map.

I don't want to go into detail what's wrong with this definition (that I just made up), but instead give you what I consider a good definition (and I expect there to be disagreement).

be a field. If we want to consider a vector space of dimension

as a space, we write

Then, to any given space

we can associate the category of spaces over

, whose objects are morphisms

such that the commutative triangle made from this and the morphisms

is an isomorphism of total spaces that preserves the fibers, which means it commutes with the morphisms to

We also remind you that for any morphism

we call a morphism

by taking the local trivialization

and looking at the morphism

which is, by definition, a morphism over

, so it is reasonable to compose with the projection to

and we get an adjoint morphism, called transition function

There is no way to get back the original locally trivialized vector bundle from the cocycle, but we can glue together trivial vector bundles over the

So now we have somehow three different, yet somehow equivalent approaches to introduce vector bundles: one via fiber bundles, one via sheaves and one via cocycles. Which one is "right"?

For geometric intuition, one might argue for each of the three approaches. Traditionally, topologists tend to use fiber bundle language and algebraists tend to use sheaf language. Sheaf language is convenient to compute cohomology, either abstractly or via cocycles. To this purpose, one needs the category of quasi-coherent sheaves or all abelian sheaves, since they have better homological properties (being abelian and having enough injectives respectively). While this makes the sheaf language seem superior, the fiber bundle approach has the advantage of exhibiting a vector bundle as something that might be a Hurewicz fibration, which it is, in the topological setting. The systematic use of fibrations and cofibrations isn't so much found in the mainstream literature (although the term "fibration" is used frequently) but there is no reason to assume that won't change in future.

I would advise to introduce vector bundles by introducing locally trivialized vector bundles first. Most people tend to work with trivialized things, but we can try hard to make sure our constructions and definitions don't depend on the trivialization.

This process happens often in mathematics: one has some abstract concept to think about, and then there are various equivalent presentations of it, which are often useful to prove theorems or imagine geometry. I think it is equally important to separate the concepts from the presentations as it is to separate data from properties in a definition.

Whew, that was a rant!
I'm sure I butchered some definition here. Please tell me where. Oh, and I deliberately left out some definitions of morphisms here, because I think they should be obvious. Are they? 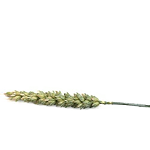