The paper is essentially about algebraic torus actions on varieties and relating the induced action on the tangent space of a fixed point to the variety itself. The most simple torus is just the multiplicative group

). In classical Morse theory, one considers "Morse functions", which are a particular kind of function

, and their gradient flow, which is the flow associated to the gradient vector field. Such a flow is nothing but a

-action! Where the Morse-theory people look at smooth manifolds and apply the exponential function from the tangent space (of a critical point of the Morse function, i.e. a fixed point of the flow) to the whole space

, an algebraic geometer has to do something else (as the exponential function is not algebraic). This something else is a gimmick invented by Białynicki-Birula. With this gimmick, a

We work over an algebraically closed field

be a quasi-affine algebraic scheme and

a nonsingular closed point. We denote by

a reductive algebraic group, though in the end only the 1-dimensional torus

-action on a scheme

-action. For any vector space

-action there is a decomposition

Theorem 2.1: Given a reductive group

with a closed irreducible

of the tangent space

one can find a closed irreducible

and has the prescribed tangent space.
(This is what I consider a replacement for the exponential function).

the tangent space of

the ideal corresponding to

is reductive, there exists a

is an ideal in

, so the corresponding closed subscheme of

has an irreducible component

Uniqueness of the subspace is also discussed in Theorem 2.2, in particular we have a Corollary to Theorem 2.2: Let

, then there exists exactly one closed, irreducible and reduced

There is a morphism-version of Theorem 2.1, which is slightly weaker. Roughly, to a

-isomorphism of some tangent spaces of two

-schemes, you get a third scheme with étale maps to the two others, and if you already have a

-isomorphism on subschemes, this is taken into account. The precise statement is

of closed immersions of

are isomorphic, there exists such a sequence

onto an open subscheme of

and apply Theorem 2.1 to get a subscheme

. The projections to the factors

, hence over a smaller subscheme

the union of the preimages of the

The local structure of affine "cells" comes from

is a fixed point and the induced action on

is definite, there exists a

arises as the complement of

is reduced, irreducible and

are not only étale, but also birational (as one can show), hence open immersions. Then

gives the statement of the theorem.

In the full proof of Theorem 2.5, the notion of a universal domain

is frequently used. This is a device to handle generic points without talking about prime ideals, which I explained in this blog posts about points.

one defines the notion of an

the dimension of the

-fibration.
One should remark that an

-fibration needn't be a vector bundle, since there might be more

than the linear ones.

The following gives us a uniqueness property for

Corollary to Proposition 3.1: For any torus

acting on a nonsingular

Proof idea: For any closed point

are equivalent. Note that the

is uniquely determined, since there is no nonzero

. By (the corollary to) Theorem 2.2 there exists exactly one

both fulfill these conditions, hence

We call a morphism

-fibration if it is Zariski-locally over

. If the dimensions of the

all coincide, we call that number the dimension of the

-scheme that can be covered by

will do, maybe normal quasiprojective suffices, by Sumihiro's equivariant compactification).

be the decomposition into connected components. For any

there exists a unique locally closed

and a unique morphism

. By Theorem 2.1 there exists a closed

and for any third fixed point

is noetherian, we find

can be uniquely glued together from the

Actually, there is also a minus-decomposition, where you use

instead. The interplay of these two decompositions for the same

-action is explained in Theorem 4.2: Let

. For a rational point

in a non-empty set iff

for all connected components.

is clear. For the other direction apply Theorem 2.4 to

and one can show (using again Theorem 2.1 and 2.2) that actually

act on a complete nonsingular algebraic

the decomposition of the fixed points into connected components. Then there exists a unique locally closed

and for any closed fixed point

Proof idea: Take the plus-decomposition from Theorem 4.1, then what's missing for the statement (

) follows from analyzing orbit closures (that is actually Theorem 4.2 together with Lemma 4.1 which I didn't include in this summary).

From this follows Theorem 4.4: If the

-action in Theorem 4.3 has isolated fixed points, then any

is isomorphic to an affine space

is algebraically closed), so that the current level of generality provides the following
Theorem:
Let

is a smooth closed subscheme of

(Iversen),
2) Given the connected components

, there is a filtration

,
3) The relative dimension of

I want to remark that any generalization of this theorem to quasiprojective or singular situations would be a very impressive result.

The only generalizations I know of are papers of Skowera and Choudhury on Deligne-Mumford stacks and papers of Carrell and Sommese on the Kähler analogue.

be a smooth projective variety over a field

, equipped with a filtration

are closed subvarieties, and affine fibrations

. Then the Chow motive decomposes

are the connected components of the fixed point locus

a projective homogeneous variety (for a reductive group) over a field

, the kernel of the map

consists only of nilpotent elements.

Brosnan proved more, in particular how the motive of

is the set of minimal length coset representatives of

the set of roots corresponding to

What you need for a cellular decomposition (in the homotopy-theoretic sense), but what's missing in a direct sum decomposition of the motive, are the gluing maps. One has to extract these gluing maps from the BB-decomposition. This was done by Wendt, who used this approach to show stable cellularity of connected split reductive groups and their classifying spaces, as well as stable cellularity of smooth projective spherical varieties under connected split reductive groups.
As this post is already too long, I might explain the motivic cell structures in another post. Actually, you can just take a look at the preprint.

It remains to see how these cell structures look like explicitly! 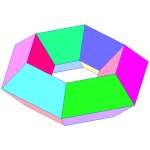