Being on a school about Feynman graphs and Motives, I just learned how these are related. It's a cute story! Actually, you don't need any physics to appreciate it, though physics might let you appreciate it even more.

With a polynomial comes an affine variety, i.e. the zero-set of the polynomial. In general, this variety will be highly singular. Nevertheless, we can assign a motive (in Voevodsky's category DM) to this variety.

Now one can analyze whether these motives are of a special kind, which periods they give (the amplitudes mentioned above are actually periods) and so on. Since many small graphs give multiple zeta values as periods, there was the conjecture floating around (by Kontsevich) that Feynman motives (=motives coming from Feynman graphs) are Tate motives (because that would explain the MZVs appearing as periods). But that's not true in general, by a result of Belkale and Brosnan. What can be said about these motives and these periods? It seems to be unknown, right now.

My questions would be: How large is the tensor-category generated by Feynman motives (as subcategory of DM)? It certainly is larger than Tate motives (though I don't even know whether it contains all Tate motives, but other people probably know that). Can one still hope to find a t-structure that cuts out Feynman motives? Would that give a Tannakian category? Probably the graph motives are just not a very "motivic" subcategory, so there is no good answer to these questions. Since the periods appear to be rather special (and close to MZVs), these questions are still of interest.

Instead of telling you more about this story, I send you to these interesting papers (in which I hope to read more this week): 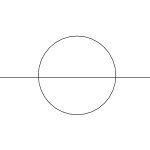