In this lightheaded post (written long time ago) I want to share with you some fundamental adjunctions that are the "source" of various other adjunctions that pop up all over in mathematics (well, at least all over algebraic topology).

be sets, and denote by

the set of set-theoretic maps

This is sometimes called Currying or Schönfinkeln, and it really boils down to

An adjunction is a pair of functors

together with a natural transformation

In the baby case above,

the left adjoint to

the right adjoint to

can be quite useful.

You should care about adjunctions, because their existence implies nice properties:

is always cocontinuous (preserves colimits) and

is always continuous (preserves limits). This comes from the continuity properties of

. There is also a theorem (Freyd's AFT) that describes precisely which extra condition a functor has to satisfy, besides continuity, to be a right adjoint.

Another example comes from vector spaces:

the vector space structure via

.
In fact, this is basically the definition of the tensor product, if you watch closely.

In homotopy theory, one often uses the adjunction

denote the morphisms in the homotopy category). From the definitions,

is a quotient of

is a subspace of

, and the source of this fundamental adjunction is the baby case above.

To a lot of "forgetful" functors, like from rings with unit to rings not-necessarily-with-unit, from abelian groups to arbitrary groups, from abelian groups to abelian monoids, from compact Hausdorff spaces to arbitrary topological spaces, one can construct left adjoints which give some sort of "free" objects. For example, to any topological space one can assign the Stone-Cech compactification, and to every abelian monoid one can assign the Grothendieck group.

we can form the functor category

and consider the diagonal functor

which maps every object to the constant functor. If it has a right adjoint, then we call it Limit (

If it has a left adjoint, then we call it Colimit (

Such a (co)limit functor exists iff all (co)limits exist in the ordinary sense.

There would be much more to write (e.g. about nerves and realizations) but I'll stop here to prevent this from rotting in the draft section.

The nerve of a category

we can look at all chains of arrows of length

such that one has a composition

. Such a chain of length

can be mapped to a chain of length

and it can be mapped to a chain of length

by inserting identities. All this structure together forms a simplicial set

called the nerve, whose

-simplices are precisely the chains of arrows of length

. This construction if functorial, and it admits a left adjoint

that associates to a simplicial set its "homotopy category":

A better (well...) explanation of the suspension-loop space adjunction

for the homotopy category of a category

with weak equivalences, then we have a derived version of the lim and colim adjunctions:

Specializing this to the diagrams

(for hocolim) we are talking about homotopy pullbacks and homotopy pushouts. Now plugging in a terminal object

for the outer things, and an arbitrary object

in the middle, we get diagrams in

, whose holim is called

At this point you should probably try to see that the ordinary suspension and loop space fulfill these universal properties in the category of topological spaces.

Anyway, writing down explicitly the holim and hocolim adjunctions for these particular diagrams, you see the adjunction immediately. I guess this is called "synthetic homotopy theory" and it's beautiful, isn't it? 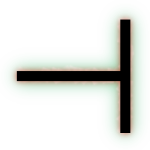