How to manage photos?

Probably you have some photos on your computer. Probably you even have a digital camera or at least a mobile phone with integrated camera. If you're looking forward to take a second look at your photos in a few years, you'll need to sort, catalogue and back-up your photos! How to do this?

I used to have a folder "Photos" with sub-folders for each photo album like "Photos taken during holidays 2004" on my hard-disk. I didn't use any other tool to manage them (well, a long long time ago, when I was a poor Windows user, I used ACDSee). To edit photos, I took GIMP (like Photoshop, but for free), but I didn't edit many photos. To watch photos, I used some photo slide-show tools (they changed over the time and I don't remember which one it was). Back then, storage was a little problem, so maintaining backups of huge photo folders was a pain. So I managed to loose several photos and to backup the rest on CDs and later DVDs. But I was afraid: CDs decompose within several years... So I decided to switch to some external storage solution, which will do all the backup-stuff for me. The first I tried was Picasa (which was bought by Google in 2004). I'm still using Picasa, and I'm even paying for it (since they don't offer that much storage for free) - but I guess Flickr (part of the Yahoo! empire) is slightly better. Picasa comes with a free picture-editor and slide-show tool that suffices for most home-user purposes. Now I use this one to manipulate contrast or colours in photos. It's available for Linux, Windows and Mac, although not in the latest version for all platforms.
Picasa's website recently started to make your publicly viewable photos searchable (and of course, you can keep everything private if you want to). It's relatively easy to share photos via Picasa, especially if your friends are Picasa users, too (but even if they're not). Picasa supports CreativeCommons, tagging, geo-tagging and people/face tagging.

Interestingly, there is a tool that takes the Picasa face annotations and saves them in JPEG files in the XMP-MP format (XMP is an extensible metadata standard from Adobe which is usable with all kinds of images and documents, while XMP-MP is the Microsoft Photo extension). I couldn't test it because it runs only under Windows. It seems to depend only on .NET (or Mono) and ExifTool, so it's likely that a Linux version will be available in the far future.

To get good, correct metadata for your photos, I recommend DigiKam (seems to be Linux only). This app includes editors for Exif, IPTC and XMP metadata and is able to synchronise them.
My favourite setup to process photos is to import photos from a camera into DigiKam and polish the metadata there. Then I import this folder into Picasa, do some auto-contrast on most photos and synchronise it with PicasaWeb. In the PicasaWeb interface I do some tagging and face-tagging and sometimes geo-tagging (for those who wonder why I use PicasaWeb instead of Picasa: the Linux version of Picasa is not as good/new as the Windows version). This takes some time, but once it's done I know my photos are safe and searchable. To reduce the time the process takes, I delete many photos, asking myself "do I want to look at this again in a few years?".

Recently, I scanned old photos my parents took when I was a child and the world wide web didn't exist in it's current form. These are now safe and although it was a pain to look through lots of photos with a very slow scanner, it was like lifting a treasure! I highly recommend you to do this until it's too late. 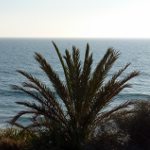