There are people who propose to give everyone (in the world or in one country) 1000 $ or 1000 € each month. This is a somewhat utopian idea (by which I don't mean it's impossible, it's just not going to happen today) called basic income or guaranteed income, and there are many, many concepts to finance this or a lesser amount of money, some with restrictions on who would be eligible to receive it. There are also many ideas why this would be beneficial for the society or parts of it, and at least as many concerns why it would be a very bad thing to do.

I think we can agree that a basic income (in any variations) would be an experiment. Some such experiments, on a very small scale, have been done, and you can read about this elsewhere. What I'd like to do is now to make lists of all the things proponents of some kind of basic income would want to accomplish (that depends heavily on the concrete implementation, of course). Then I'd like to make a list of all the concerns opponents (and probably proponents of different models) have. This would be step one of two.

One (in my eyes) undervalued idea in politics is what mathematicians call continuity. If you change something, but fear the outcome, you might change it piecewise. A very small change won't change anything at all, a slightly larger change will already have some effects, and then you can adjust as you go. With all the uncertainties surrounding basic income, I would like to identify possible small starting experiments. To give you an idea: one such proposal is a small "socle" income, financed by a very small transaction tax. Such a socle would actually not accomplish any of the goals of a basic income, but one could already see some effects. What would other proposals be? This would be step two.

I know that a lot has been written about basic income. What I don't like about much of the "literature" is that they mostly fall in one of these categories that I want to avoid:

I hope it's clear from the introduction I wrote how I'd like to accomplish that.

Writing such a piece would require some research about the various approaches, and it would likely also contain some opinion about the presumed goals of proponents and opponents.

Some similar ideas in a G+ post of mine, and one (exemplary) link to an initiative and the subreddit.

You can leave a response. 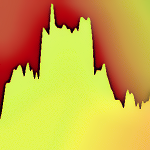