You probably know the integers

which exists by the axioms of Zermelo-Fraenkel set theory and probably in almost all other axiom systems as well. So the integers are a quite fundamental object in mathematics (did I really just argue for that? Well, now I did).

It is also natural to look what one can derive from the integers. In this short article I want to describe some rings that can be obtained from the integers by quotients, subgroups, products, and in general (co)limits and combinations thereof. The purpose might not be so clear, but it was a by-product of other investigations and I hope it could be interesting to say something about some concrete rings.

Do you know more interesting rings derived from these? Did I miss interesting properties? 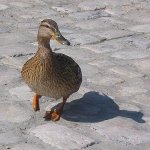